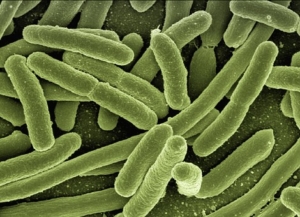 Many types of pathogens can affect plants

To control an infectious disease, eliminate one of the three conditions required for disease development.

There are four groups of plant pathogens that are commonly recognized. They are fungi, bacteria, viruses and nematodes. The best control of all of the diseases in the interiorscape is monitoring: knowing what a healthy plant looks like and what is abnormal growth. Then decide what to do about it. Frequently, it means lightening up on watering, keeping water off the foliage and picking off affected foliage. Either tolerate the damage or replace the plant.

The largest group with over 100,000 known species is fungi. Fungi are minute organisms, lacking chlorophyll. They grow as fine thread-like filaments in circular, overlapping lesions. Often there are concentric rings in the lesions that give a bull’s eye appearance. Some of the more common fungal diseases found in the interiorscape include leaf spots, stem and root rots, powdery mildew and blight. 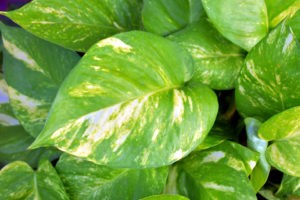 Most fungi produce a multitude of spores that function similarly to seeds. Each spore can start a new infection. The reproductive spores float through the air or float in water very effectively. Lacking chlorophyll, they cannot make their own food and must feed off of the host plant. They all have a fuzzy growth called mycelium. Think bread mold. Powdery mildew is one of the most common fungi on interior plants. Sooty mold is another. Other common fungi names you will hear tossed around are Rhizoctonia (a root rot), Pythium (damping off), Phytophthora (more damping off), and Fusarium (wilts and root rots).

Excessive moisture is important in the spread of fungal diseases. Control is to dry out the surrounding environment. If the fungus infestation is really bad you may want to treat with a fungicide. A simple and easy control is to use a bit of aerosol leaf shine on the infested leaves. It works great by gluing the fine leaf hairs to the leaf and making the environmental conditions poor for the growth of a fungus.

Prevent Diseases on Your Plants

Prevention is the preferred method of disease control. Pathogens do not have the opportunity to get established when you incorporate these practices into your plant care program.

Bacteria are single-celled organisms that reproduce by simple cell division. Plant diseases caused by bacteria are less common than fungal diseases. When they do occur, they are potentially damaging since bacterial infections spread quickly and most are systemic. Bacterial infections thrive in moist, humid conditions. When the disease is present, pests or people who touch the plant may transport the bacteria to other wet leaf surfaces. Water splashing from contaminated soil on to plant parts may also spread the infection. 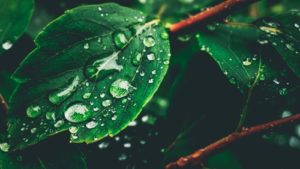 Sometimes insects can spread bacterial diseases, too. Bacteria enter plants through wounds or natural openings like pores. The damage often appears as oily, greasy or water soaked spots on leaves. Bacteria can also cause wilts or unusual growths called galls. Cut or pick off the affected parts and dispose of them. Be sure to follow up by washing hands and tools. 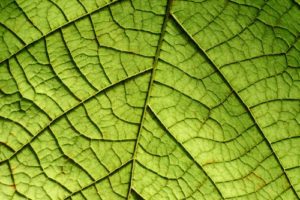 Look closely at your leaves to spot signs of viral damage

Viruses are submicroscopic in size so you cannot see them; you see only their damage. They can be introduced to a plant by an insect or human activity. Viruses invade the whole system of the plant and can cause growth distortions such as crinkled leaves, abnormally bushy branches or just weird growth. Virus damage often appears in yellowish or lighter green ringed patterns, sometimes referred to as mosaics or vein banding. They can also cause stunting of the whole plant. Because of this, they can mimic cyclamen mites. They cannot successfully be treated with chemicals. If the growth is too unsightly, replace the plant.

Nematodes are slender, colorless roundworms. Yes, they are animals. Nematodes are generally grouped with the disease crowd because they cause disease-like injuries to the plants they feed on. Their damage particularly mimics virus damage. They are not close relatives of earthworms, but closer to the parasitic worm found in some animals. They live in soil, fresh and salt water, in or on plants and in animals. Plant parasitic nematodes are microscopic. All have a spear-like head to pierce the plant cell so they can feed on its contents. While feeding, they inject toxins into the plant. The toxin dissolves plant cells and causes symptoms to appear. Plants appear stunted, off color and exhibit damaged root systems. Control is through a nematicide, such as Neem Oil®.

When you notice trouble it is important to react and contemplate the reason for the diminished appearance of the plants in your care. Keeping plants properly watered, pest and disease free is the best defense against a compromised appearance at your accounts. In Chapter Four you will learn about using a variety of methods to control pests and will guide how you react to telltale signs of pest infestation and the results of a disease pathogen outbreak.